A downloadable visual novel for Windows, macOS, and Linux

A coming of age story about a girl who just wanted some free tickets to the local festival but soon found herself on a musical journey.

All I wanted was to get a ticket for the WildFire Festival this summer.
It’s a week-long music festival where they have all kinds of bands and activities. I have played bass guitar for a lot of years and music has always been one of my biggest passions. And if I were to deny the fact that I wanted to play on a stage that would be a lie. It’s just that I didn’t think it would actually happen. Well, to be fair, it wasn’t just a straight road to get there. Quite a lot happened actually, some of which I could do without. It’s funny how things end up sometimes, and how a trivial thing can escalate into something so grand.

Hanako, a teenager with low self-esteem who prefers to spend her days playing games with her two best friends Tarou and Fumitake. She’s kind but a little absent-minded and this tends to cause trouble for her every now and then. Overall she’s content with life, but she’s feeling boxed in and wishes that there was something more beyond the daily routines.

A mistake and a chance encounter forces her out of her comfort zone as she tries to make amends. In the end she finds herself part of a band with people she doesn’t know, with a goal to play in a large festival that occurs every year in their city: the Wildfire festival.

During the course of the game Hanako finds her old preconceptions challenged as she gets closer to the other members of the band and learns more about them. She also learns more about herself as she has to handle various crises that occur along the road.

Over time she learns how to handle problems instead of running away, to voice her own opinions, and that her thoughts are not inherently worth less than those of her peers.

Wildfire - Ticket to rock is a Visual/Kinetic novel.

In order to download this visual novel you must purchase it at or above the minimum price of $9.99 USD. You will get access to the following files:

finished it, preety good for a first effort.

ending split is kind of weird, there is a very obvious right/wrong choice thing there in how the endings go, with miyuki being the "you made the right choice" happy ending

and iori's being "welp, miyuki is hurt, the band is gone, and half the cast are no longer practicing musicians, what were you thinking?"

kind of feels like the ending split choice was a late unfinished addition.

other then that kind of a shame tomoka/hanako didn't get more time but understandable that wasn't the story focus.

Congratulations on successfully finishing the Kickstarter campaign! 🎉I'm looking forward to it 😉 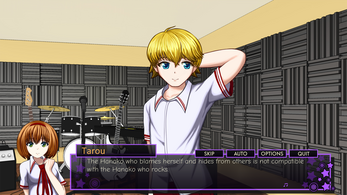 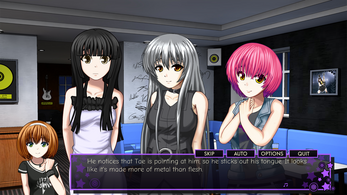 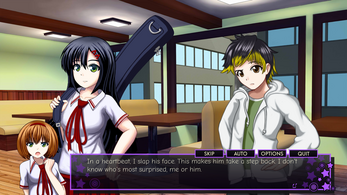 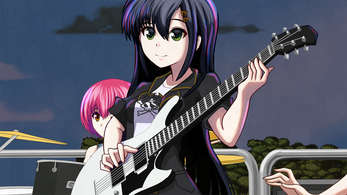 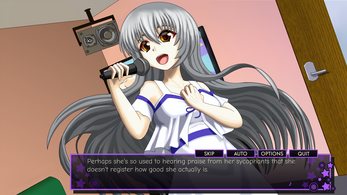 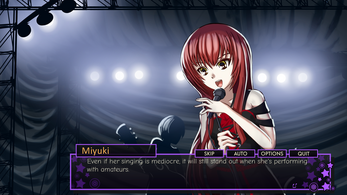 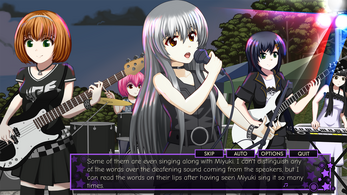 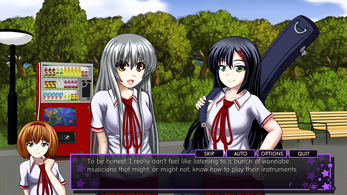 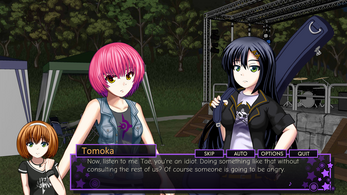